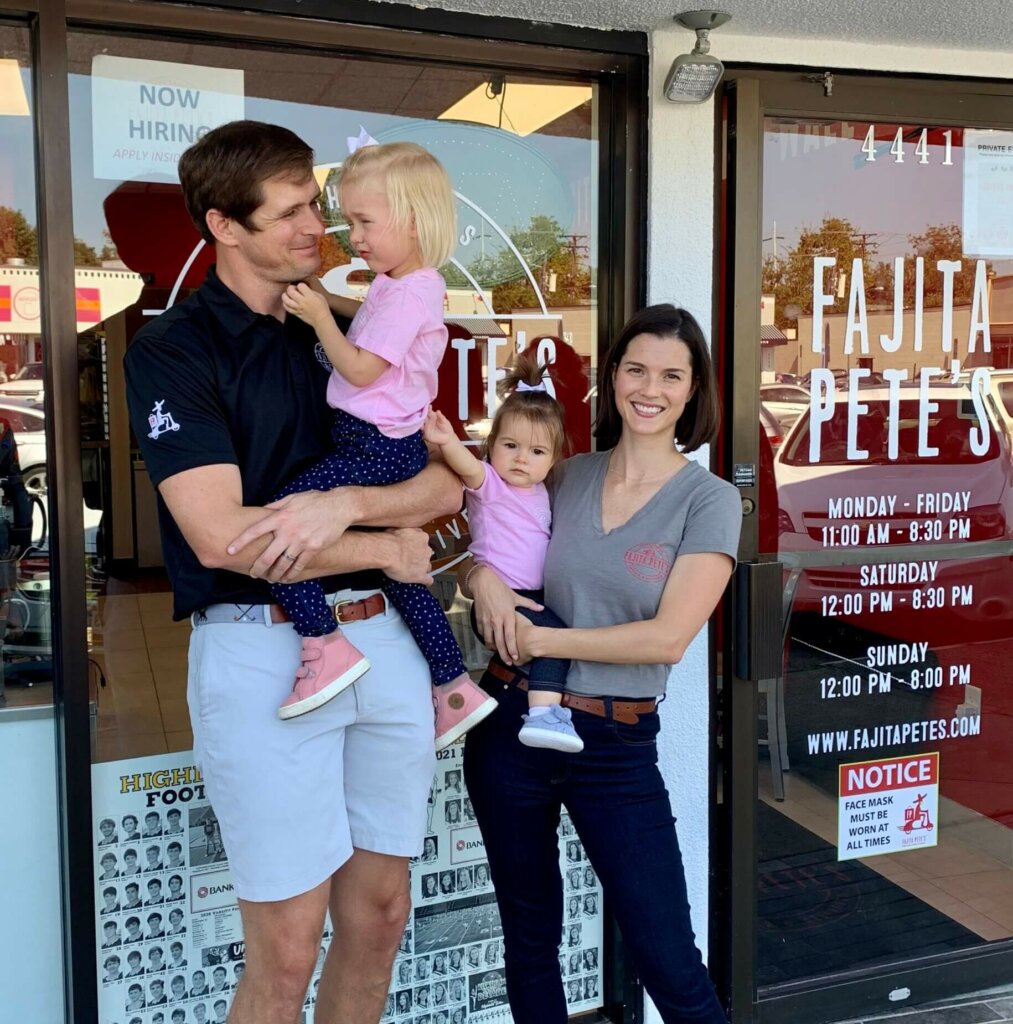 The restaurant opened in Centennial, a suburb in the southeast Denver area with mountain views and a growing demand for restaurant variety.

Keith Graham, Denver food blogger of @gourmand_guide explains that despite a robust restaurant scene, Denver is home to “a lot of the same offerings.”

“This is Tex-Mex like you’ve never seen it,” hints franchising team Hugh and Rebekah Guill. Longtime champions of the Colorado expansion, the Guills are already working on their second Colorado location with plans for a total of five in the next four years.

“The Denver area has a great and established food scene, but Rebekah and I recognized that quality, convenient, and affordable Tex-Mex options were hard to find,” shares Hugh.

Fajita Pete’s began in 2008 as a single restaurant in the Tex-Mex mecca of Houston, Texas with a key differentiator—almost no dine-in.

By dedicating almost all of the restaurant’s footprint to the kitchen, Fajita Pete’s has been able to maintain its high-quality handmade recipes and affordable pricing for over a decade, growing to 30 locations with wheels in motion for over 100 in the next five years.

“Speaking as a mom of two myself, it’s fun to eat out at a restaurant when you have the time,” says Rebekah, “But Fajita Pete’s is about making it easy to start delicious, fun, nightly traditions right at your own table.”

Hugh adds, “Fajitas are the best solution for groups. Whether you’re a busy family or a busy office, with a few taps on an app, you can gather everyone around a full spread of fajitas and handmade sides.”

Even without any traditional dine-in seating, the growing buzz for Fajita Pete’s – Centennial is undeniable, already boasting rave reviews and an impressive 4.8 star Google rating.

“My wife and daughter came in the Friday before they officially opened,” one reviewer shares. “I had the steak and chicken leftovers the following day and I don’t say this lightly, but they were the BEST fajitas I have ever had the pleasure of eating in my life, and they were leftover.”

“BEST fajitas in the Denver area!” says another reviewer.

“We love the feedback, both good and constructive,” says Hugh. “We won’t stop until we are the go-to, to-go option for families craving quality and affordable food, and the go-to catering option for Denver businesses.”

Despite today’s tight labor markets and rising costs of goods, the Guills believe that Fajita Pete’s is strong enough at its core to overcome the challenges of bringing a new brand to the market.

“We just focus on what we can control: making every plate the best meal that customer will have that day,” says Hugh. “If we do that well, one fajita at a time, then the rest will fall into place.”