A Short History Of Tex-Mex 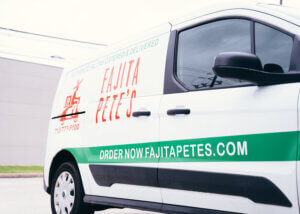 Buckets of shredded cheese, corn chips and flour tortillas filled with fixings. A lot of people in the US think that these dishes are an example of what Mexican cuisine stands for, but they are wrong. Sizzling fajita platters are delicious but at the end of the day, they’re classed as being Tex-Mex food. The label wasn’t created until the 60s, but the origin goes back to when Texas was part of Mexico. As the years went by, different ingredients and cooking styles were introduced and combined, to become what we now know as Tex-Mex.

Tex Mex was Once a Railroad

The term Tex-Mex did not originate with the invention of the quesadilla. The origin can be traced all the way back to the Texas-Mexican Railway. This was chartered in the year 1875 and it was 52 miles long. It helped to deliver sheep from ranchers in from Texas to Mexico. Eventually, it would be used to describe Mexican and Texan cuisines.  The establishment of Spanish missions in Mexico also helped to popularize the term. Aztecs brought staple foods such as beans, along with European ingredients. This included cilantro, oregano, garlic, rice, and onions. If you look at these ingredients, then you will soon see that they are all widely used across Tex-Mex cuisines.

Tejanos and the Mexican/American Cooking Style

Tex-Mex cuisine started to separate from some of the more traditional dishes because of Tejanos. They lived just north of Rio Grande. These people were blood descendants of the Spanish-speaking settlers, who lived in Tejas. Texas then became an independent state, and then eventually part of the US. Tejanos wanted to maintain their identity and that is when traditional family recipes were passed on through generations.

Cumin isn’t used that much if you look at Mexican recipes, but it’s predominantly used in Tex-Mex cuisine. New immigrants brought the spice to Texas through the Canary Islands. It went from the ranch to the home kitchen. Tex-Mex foods include enchiladas and tamales as well, and these soon became street foods and food staples within the home. Health safety laws then put a lot of vendors out of business, which did impact the growth of the food, but also facilitated a whole new movement. Restaurants began to serve Tex-Mex food and this helped to grow the general popularity of the cuisine.

The Rise of Chili

If you ask any American what their first taste of Tex-Mex food was, they will probably tell you that it was Chili Con Carne. This stew of ground beef and chili, or beans can be made using a variety of ingredients and that is why it is so popular. It took off in San Antonio around the 1880s and chili vendors began popping up just about everywhere. They served up bowls of the hot concoction to locals as well as travelers. It is now seen as an essential choice when it comes to Tex-Mex food.

Tex-Mex Food in the Modern Age

Tex-Mex cuisine has taken off and it’s showing no signs of slowing down. It’s comfort food because it is meaty, but at the same time, it has a lot of fresh flavors too. You can expect notes of lime and sometimes avocado can be used as a topping. With fresh onion and salad, it’s safe to say that this menu provides a lot of balance. When you combine this with heat, it’s not hard to see why Tex-Mex cuisine is a favorite with just about every family in the US. Although Tex-Mex food may be a far cry from what it once was, it has changed to become an essential part of US culture. Now people across the country have chili, quesadillas, fajitas and various other meals as part of their family meals. Tex-Mex food also helps to bring people together, as the whole idea of the cuisine is about sharing and splitting up portions to feed everyone. Nothing quite compares to being able to sit around the table with your family as you pass flour tortillas to each other, not to mention that it is a great way for you to make sure that there is something that everyone likes. Don’t like heat? Then mild fajitas could be the way to go. Not a fan of rice? Then quesadillas could be an option. There is a wide scope for you to choose from and this alone helps to make Tex-Mex food the ultimate family meal.

Benefits of Getting Tex-Mex Food Delivered

Cooking Tex-Mex food can take a bit of work. If you want to extract the biggest amount of flavor then you need to make sure that you do what you can to marinade the ingredients for a long period. This helps to bring out the spices and it also helps to tenderize the meat. If you don’t have time to do this then you can flash fry some steak and put it with some peppers and onions, but at the same time, if you’ve had a long day at work, you might not want to. The good news is that there is a solution. Now it is easier than ever for you to get Tex-Mex food delivered right to your doorstep. Fajita Pete’s is one of the top caterers of Tex-Mex food and we are very proud to say that we are always expanding our offerings. We have a huge range of catering options available too to accommodate an event of any size. You can order just about any Tex-Mex meal from one of our over 30 locations across Kansas, Colorado and Texas. You’ll be glad you did.